Today’s post is written by our Brave Artist Mariah Neilson

I remember him pulling open the door, hearing it slam against the wall behind it. I cringed knowing what was coming. He cursed under his breath and came into my grandma’s room. He screamed at her. Slurring curse words with insults. He was screaming about folded clothes and laundry.

He ruined family gathering. He would make everyone uncomfortable. He would interrupt conversations to interject his arrogant opinions.  He would make people leave in tears. Inflicting pain and self-doubt on those he interacted with. 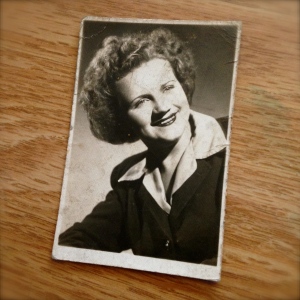 Even after my grandma passed away, he continued to wreak havoc in my life. He continued to disrupt my perception of a perfect family. When I talked about my family I excluded him. I didn’t want to associate with him.

‘This is what you are to say to Joseph: I ask you to forgive your brothers the sins and the wrongs they committed in treating you so badly.’ Now please forgive the sins of the servants of the God of your father.” When their message came to him, Joseph wept. – Genesis 50:17

Joseph forgave his brothers for selling him and making him a slave, for ruining his childhood. He allowed him self to grieve as well. He wept. Just like I do when I think about the rude insults he would make. 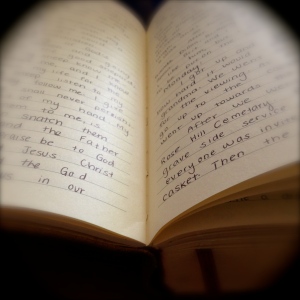 I started with writing all the things he had done or said that hurt me. I wrote them down and cried as I relived memories I hadn’t wanted to. Then I tore them out of the journal I was using and ripped them into the tiniest pieces I could make. With each rip I said, “I am forgiving you because Jesus forgave me.” I said it until I could say it with confidence. On the next page in my journal I wrote, “How do I forgive?” 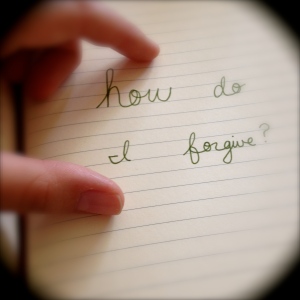 Mariah Neilson is 20 years old. She is a newly claimed artist, a Live Brave Artist, with a passion for photography, long walks and everything pink. She is in her third year of college,  working on her bachelors degree in Psychology with a minor in Global Cultural studies. She is a Resident Assistant to about 50 students. Her goal in life is to live a life that is full of grace and compassion. In free time she likes to write and explore this beautiful world around me. Mariah also writes on treasuredhope.wordpress.com 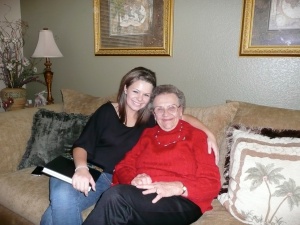 Mariah and her Grandma

8 thoughts on “Learning to Forgive.”